A Sketch for Palm Sunday

Jerusalem. The city is overflowing with thousands of pilgrims who are there to celebrate Passover. A crackling tension fills the air as if a storm is about to break and the authorities are fearful that some hotheads could spark a riot or even some kind of revolt. A young woman is standing near the Golden Gate seeking a familiar face amongst the surging mass of strangers. When she finally spots her brother her voice betrays a mixture of relief and reproach.

Ruth: Joshua, where have you been? I’ve been waiting here for ages!

Ruth: You’re not in one of your moods again?!

Joshua: Those money changers up in the Temple are on the take as usual. They’ve got us all over a barrel. The priests make sure they get their share too. And you know how much I hate crowds.

Ruth: (Sighing) Have you bought the lamb for the Passover meal?

Joshua: Those animal sellers drive a hard bargain, raising their prices every year. But I’ve managed to choose a good one for us.

His face clouded slightly. He recalled that as head of the family he had so much responsibility, so much to do.

Joshua: Well, come on Ruthie. We can’t stand around here all day!

She starts to move, then hesitates.

Ruth: Listen. It sounds like people shouting. Or are they singing a psalm? It’s coming from down there in the valley, getting closer by the minute!

They look at each other quizzically. Moments later a large group of people bursts through the gate waving palm branches and crying out, “Blessed is the king who comes in the name of the Lord. Save us!” Ruth strains to see and catches a glimpse of a man riding on a donkey in the middle of the throng, apparently the centre of all the attention. She turns to a bystander. Like everyone else around her he’s cheering wildly.

Ruth: What’s going on? Who’s that man on the donkey? He looks as though he’s been weeping.

Woman: It’s Jesus, the prophet from Nazareth in Galilee. You know, the famous miracle worker. Only the other day he healed a blind man in Jericho. They say he’s our Messiah, going to kick out those Romans.

Joshua: Unlikely. I saw Pilate arrive here, fanfares, horses, elite bodyguard, the lot. Now that’s what I call an army, a show of force alright and a warning to anyone thinking of stirring up any trouble. I bet he hates coming to Jerusalem this time each year. Much rather be relaxing in his nice residence by the sea at Caesarea.

Ruth: I’ve heard that Jesus speaks wisely. Look, some Pharisees are talking to him. They seem worried. I wonder what they’re saying.

She tries to hear, but their words are drowned out by the noise of the crowd. The procession moves on, louder than ever. Jesus looks calmly ahead, unflustered by the increasing turmoil going on all around him.

Ruth: He must be heading for the Temple.

Joshua: Those northerners are real hotheads, always fancying themselves as revolutionaries. But I’d be careful if I were him. I’ve heard that Pilate’s planning to crucify some terrorists he’s caught this week.

Ruth: No, this man is different. There’s something special about him that I can’t explain. I think I’ll go up to the Temple and hear what he’s got to say, see what he does next. Perhaps he will save us.

Joshua: Well, you won’t catch me going up there again. I’ve been pushed and jostled quite enough for one day. I’ll go back when I have to collect the lamb for Passover and that’s it. Anyway, there’s still lots to sort out and they’ll be wondering where we’ve got to. Come on Ruthie.

He grabs her arm, but she pulls away, smiling.
Ruth: Don’t worry about me, Josh. You go. I’ll join you all later.

And with that she picked up one of the palm branches and melted into the crowd as it edged through the streets towards Herod’s great Temple.

1.   Who you would be in this story? And what would you do?
2.   Would you take this perilous parade with Jesus today? If so, how would you do it?
As you read Matthew 21:1-11, how do you understand being in a procession with Jesus in the context of self-isolation due to Coronavirus today?

Good idea, send it to Roots for possible inclusion next year... 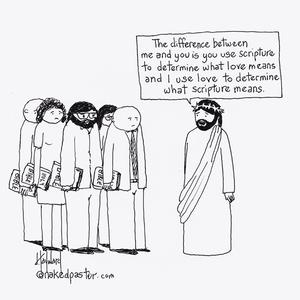